Posted on December 30, 2011 by RE:Birthofthecool 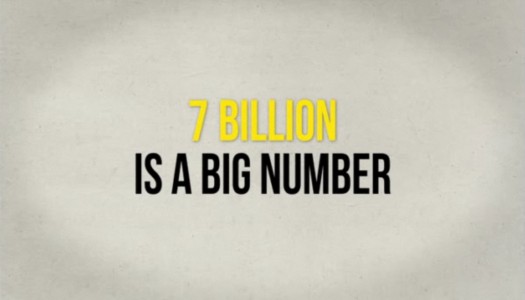 you don’t have to be a scientist to understand this graph. human population hovered around one million people until the bubonic plague caused a little dip. then the renaissance came, then steam technology came around the 1700’s and the graph begins to rise. as coal is introduced in the 1800’s, the “industrial revolution” takes place and the population begins to rise exponentially into the oil age. in the 1900’s, as oil becomes the bloodstream of the world economy, and modern medicine is made available, the world population rises to 6 billion and when the information age hits, the population increases to 7 billion. by 2045 there will be 9 billion. the planet cannot sustain this unprecedented growth. understanding the contemporary global issues, problems and pressing concerns is necessary today. WE LIVE IN THE INFORMATION AGE! that doesn’t mean you should accept everything as valid though! research, cross-reference and find out facts for yourself. what is your role as one of 7 billion people living today?