Posted on February 25, 2012 by RE:Birthofthecool

spike lee came to colby tonight. the theme was take charge, make change. protest in the name of creative self-expression. he spoke about how he was a C- student at morehouse in Atlanta for the first two years. before he went home between his sophomore and junior year for the summer of 1977 his advisor told him he must choose a major in the fall. he asked what he needed a major for? over the summer he got his hands on a Super 8 camera and went around new york filming daily life. he went to 125th street and filmed the burning and looting. he went to fulton street in brooklyn and filmed the riots. he went to queens and filmed the disco block parties. when he went back to school in the fall he declared his major as mass communications, a field which includes film, journalism, TV and radio. he didn’t choose film, film chose him. he took the footage from the summer and put a film together and had a public screening and got good response. that’s when he decided to be a filmmaker. he spoke about doing what you love, about pursuing the arts. he spoke about socially conscious films, about choosing a major based on how much money it will make. he spoke about elevating yourself. rise up above the jersey shore watching, reality television loving, consumerist-based culture. historians will look at this period as the downfall of america. at the end of the night i shook spike’s hand and told him about meeting his sister in brooklyn this summer, about telling her she looked like mookie’s sister. i gave him a copy of ALL CHILDREN LEFT BEHIND, the documentary i made this january with footage from harlem, brooklyn and waterville. 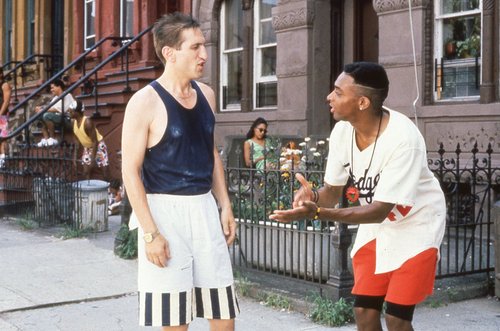 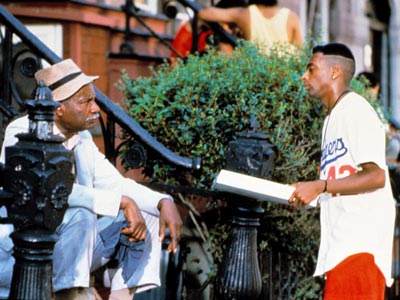