Posted on November 21, 2011 by RE:Birthofthecool

the history of america that you weren’t taught in school begins with a basic fact: the idea of america was designed by the wealthy and has evolved into a country driven by economic exploitation both domestically and on foreign soil. slavery was built into the economic foundation of the country and when the abolitionist movement led to the emancipation proclamation finally being written in 1863, the industrial revolution was just beginning. with the rise of machines, the business aristocracy had a whole new arena to operate under and grow rich from, giving impoverished and oppressed people of all colors a whole new battle to fight. labor unions faced fierce opposition from the political forces and company owners, minorities and immigrants from all over the world were expected to work diligently and make money for the wealthy class. meanwhile, imperialism and colonization was spreading as europe began to invade african countries, extract resources and restructure the political organization to favor exploitation and dependency on western ways.

in schools we learn to glorify the business tycoons like rockefeller and jp morgan. a proper history would be taught from the perspective of the people who suffered as a result of such greed. throughout american history there have been farm workers and other laborers who have no lunch breaks, low wages, dirty drinking water, no unemployment insurance, no right to form unions. it takes a leader to step up and speak for the voiceless, to call upon the human condition as a testament for social justice and the need for change. cesar chavez is a leader of the civil rights movement you should know about: 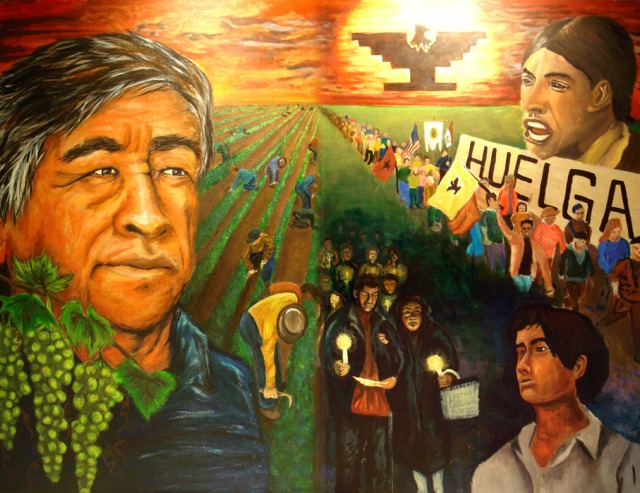 1 Response to cesar chavez & the UFW